Check in with your mate

In May 2022 we launched a new campaign to create awareness around male suicide across West Yorkshire and are urging everyone to get involved.

The campaign, which builds on the Partnership’s national award-winning staff suicide prevention campaign ‘Check-In’, aims to promote a wellbeing culture by normalising the conversation around suicide and mental health as well as providing communication assets, links to credible sources such as the life-saving Zero Suicide Alliance training, and signposting to local support.

The campaign aims to raise awareness of the risk factors that may lead to suicide, inspiring people to start conversations about mental health with the men in their life at home, in the community and at work - potentially saving lives. It sets out practical help we can all give when checking-in.

Developed with local men and built from their experiences, the resources can be used publicly in various places – in person and virtually,  such as What’s App 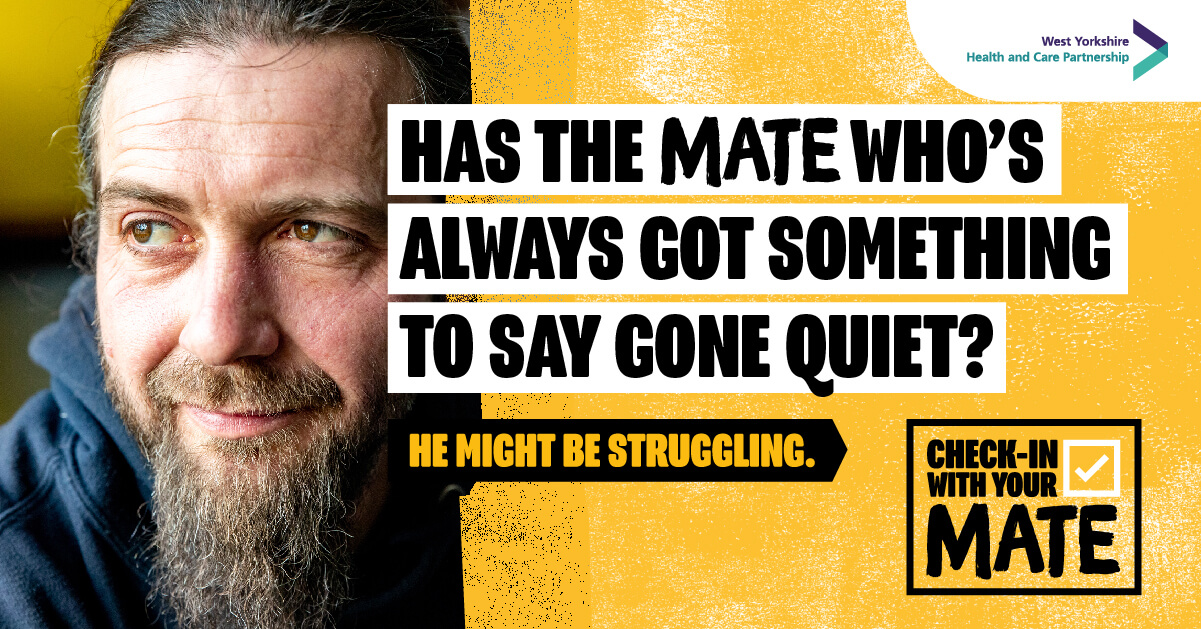 This priority area of work is one of our ten ambitions set out in our five-year plan.

We all have a part to play in combatting stigma and identifying the men in our lives who are going through struggles and asking them if they need help. You can start straight away by doing the online training provided at www.zerosuicidealliance.com.

In this video Kim Shutler, CEO at The Cellar Trust, and Senior Responsible Officer for our Suicide Prevention Network asks all to take time to check-in with our mates.

Read below two inspirational stories from Paul and Ged, about why men talking and seeking help is so important. 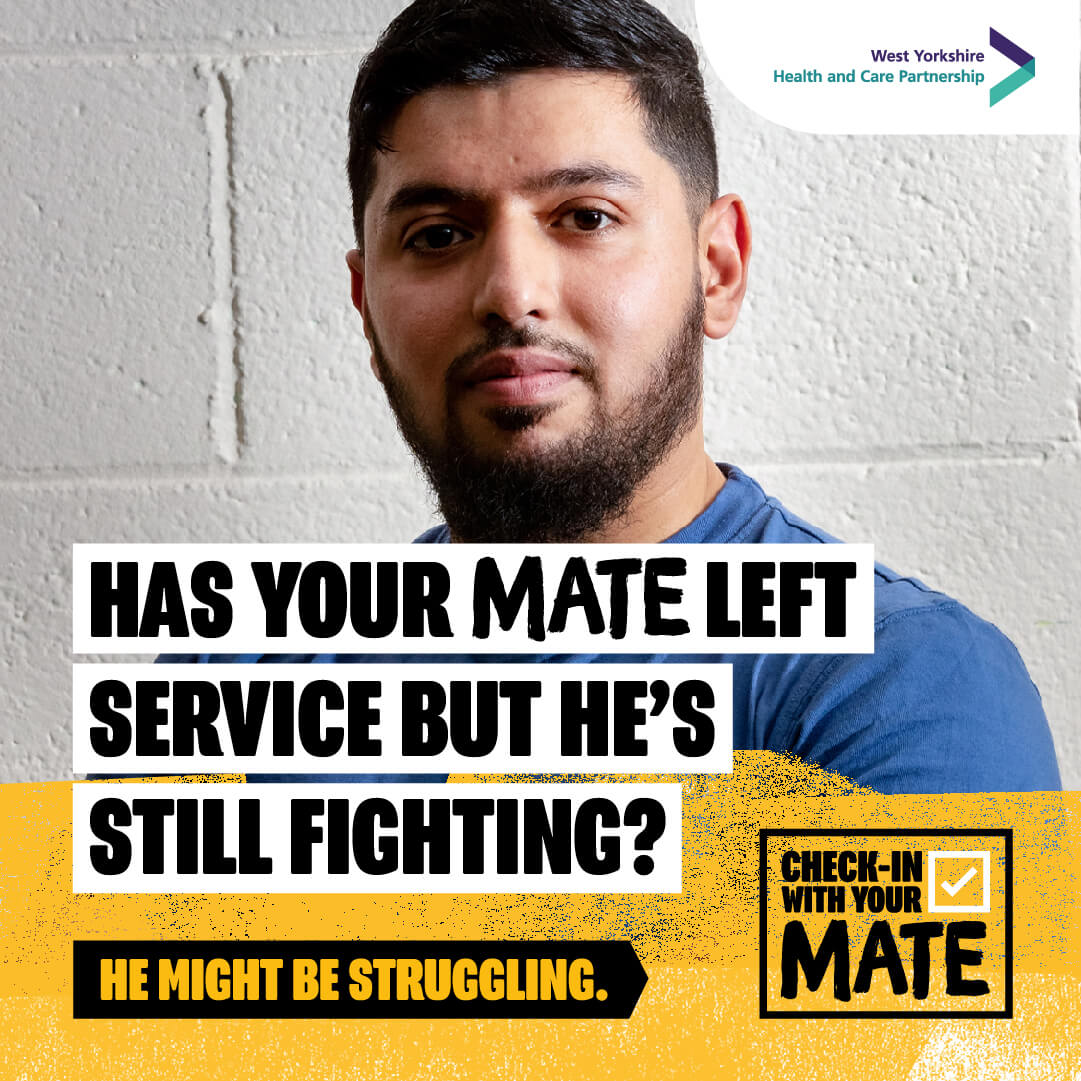 Paul describes how the last couple of years have brought about a new awareness about depression and loneliness. Although COVID lockdowns left many feeling isolated, there are many reasons why people have feelings of depression, loneliness and hopelessness. Debt, grief, not seeing family, relationship breakdowns, and leaving the armed services are all reasons for individuals to suffer from feelings of isolation that can lead to suicide.

One of the most unrecognised populations of those suffering from such feelings are men.  Less than 1 in 4 men, who have high levels of stress, are willing to discuss it with friends or a family member. That's why it's important to know the indicators of depression that can lead to suicide, including: drinking a lot; going quiet and changes in personality; more stress than usual; seeming off your game if playing sports; not going out as much; and generally not being yourself.

Read more in No-one wants to be alone by Paul Steele. 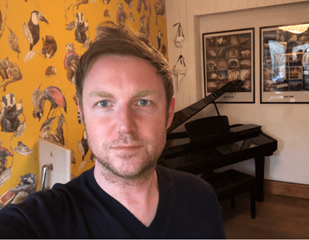 Ged discusses our Check in With Your Mate campaign and shares his personal story of a tough time in his life. By sharing his story, Ged hopes that it might encourage other people to ask for help, or to offer help to those who might need it.

A very stressful time in Ged's life, which affected his mental health, was followed by a string of difficult life events which made him feel like he'd hit rock bottom. Friends checking in and supporting him during that time made a big difference and helped him to come through the other side.

Thousands of people have joined in and supported the West Yorkshire Health and Care Partnership’s ‘Check In With Your Mate campaign’ since its launch in May, according an initial evaluation report.

In the first month, from the campaign’s launch on May 16th to June 16th, there were 860 posts on social media using the hashtag #CheckinWYM, reaching a total audience of 1.6 million people.

Of those who engaged with that advertising, 67 per cent were male and nearly half of those were aged 35-44 – a target age group of the campaign.

Please continue to download and use the resources at www.staffcheck-in.co.uk/males