Hello my name is Nasar 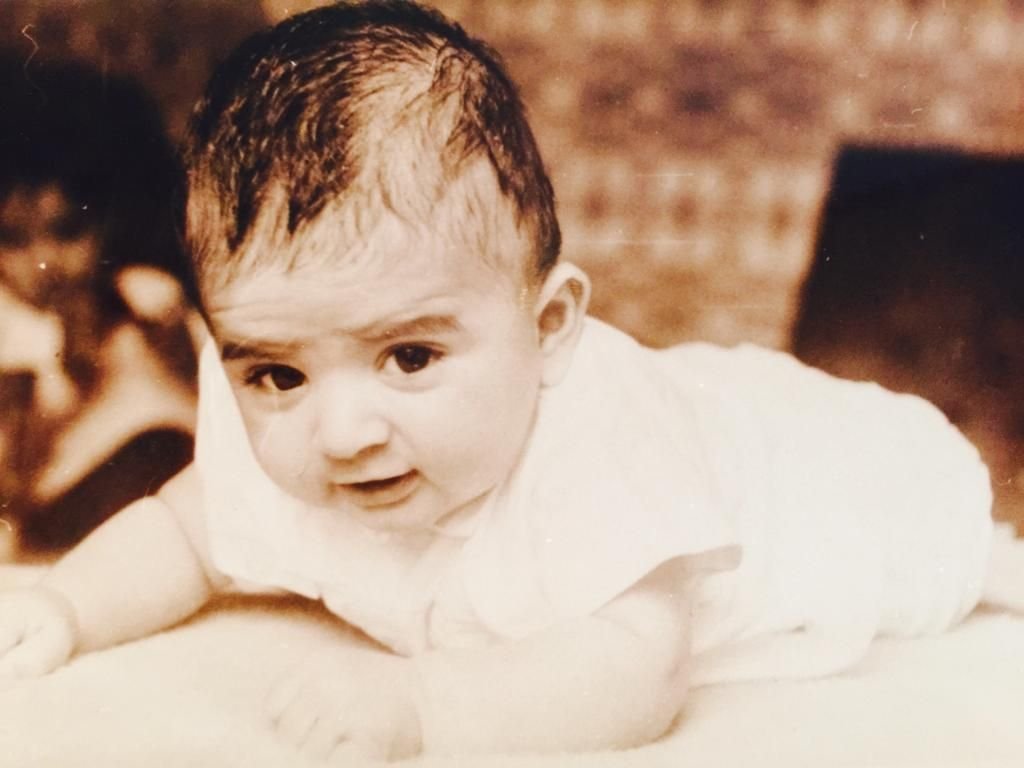 Black History Month 2020 has, unfortunately, in its shadow, another example of why campaigns like this exist.

The first Black History Month took place at Kent State University, from 2nd January 1970 to 28th February 1970 (coinciding incidentally with when I was born!). The original aspiration for Black History Month was to remember important people and events in the history of African people; something that was all too often neglected by the wider community, and not taught in schools. Over the years, the month has expanded to include all Black people.

The killing of George Floyd in May 2020 is a grim reminder of the injustices that were inflicted upon Black communities and the many efforts, including Black History Month, that are being made to re-address the imbalance created through racist attitudes. Anyone who has ever experienced racism knows all too well the deep cruelty that is imposed from one person to another, from one people to another.

I was quite young when I first experienced racism. My earliest memory of this hatred – there’s no other way to describe it – was after school. I was only around 7 years old. I remember being afraid of ‘skinheads’ (as they were known at the time) and I had to walk past a group of them, on the short road home from school. Although they were white, they weren’t like my school classmates, who were also White. They were older than me, looked mean and I felt intimidated by the way they looked at me; full of disgust. I was scared. But I didn’t want to show it. I tried not to walk too quickly although I dearly wanted to run past them and leave the danger behind me. I quickened my pace a little, kept my head down, and carried on towards home, hoping they wouldn’t react to me. But they did. And no one else was around. As I passed, they sneered at me, called me, “Paki!” and laughed. They tried to goad me with their hurtful comments. My heart started to race and in my mind were pictures of myself being beaten by them. But with each step I took, the distance between these bullies and myself lengthened and my nerves started to settle. They didn’t come after me and once I had moved out of their reach and earshot, all I was left with was the thought that I had escaped from the wickedness they could have inflicted upon me.

I was only seven.

But the fear I felt from these taunts shook me. ‘Name calling’ may be seen as a ‘little thing’ but this didn’t feel small. There were no witnesses and I didn’t tell anyone what had happened. Not my family – I don’t know why. Perhaps because it was to be expected that we would be targeted, seeing as we weren’t White – a sad part of life maybe. I didn’t tell my friends at school either – they were all White but I didn’t judge them for what this small group of youths threw at me. I saw that the mean intent was only from these boys and at least I knew that not all White people were like that. It was confined to this small group and my classmates didn’t treat me in this way. These boys didn’t represent all White people and I didn’t see them as white, a colour – I just saw them as bad people. I don’t know why they hated me or looked down on me. I guess they saw that I wasn’t white and that was all they needed. They didn’t know me or want to know me. Had they had the slightest interest in me, they may have one day come to know that my aunt is White too. But I guess people who have this corrupt streak in them, can’t see far. Nevertheless, that experience has stayed with me from an early age but it hasn’t shaped my view of White people; it just woke me up to the realities of everyday life.

This was just one instance of racism that I had to go through. There are others. In my teenage years, it was clear that some racist traits extended from junior school to high school. Most of the school – pupils and teachers – was fine. Just a few that were ‘bad apples’. I tried my best to stay away from them. The high school I went to was a well-performing one with a good reputation. There weren’t many obvious signs of racism at play there. In the ‘80s, racism was starting to become more hidden. But it was still there. And that is the real danger. It was starting to go underground and seep out in ways that the general population cannot see. It’s not aimed at White people, so they are not going to witness it. But it does carry on. And it never stopped nor was it eradicated as a long-gone disease from society.

Open calls of racial slants are no longer how it happens. There is wide disapproval in society of those kinds of actions. So the perpetrators resort to more suggestive methods: the subtleties that are aimed at people from a non-White background, the stares, the reluctance from them to be anywhere near you, the minutiae of their behaviours; treating you last when you were in front of others; not being as helpful as they are to white customers, talking to you in a more harsh tone. When I walk into a shop, I may be presented with a look that immediately tells you that the white shopkeeper does not want you there. Those who have been at the sharp end of racism will recognise what I am saying. It’s not imagination – it’s the slightness that you become sensitive to after many such instances have crossed your path. This is what White people don’t see. Why would they? It’s not aimed at them.

Regardless of the underhand nature of racism, those who it’s targeted at know about it. I knew about it. The friends who I had, who weren’t White, knew about it. At school, Asians hung around Asians and Black people hung around Black people. But we both had something in common that bound us – both groups were subjected to racism in one way or another. Because of this, Black pupils and Asian pupils respected each other and would help one another. At school, when the need arose, both Black and Asian pupils were one.

I was born and bred in Yorkshire. I like fish and chips on a Friday. I like Yorkshire puddings. I can’t help saying “’Ow much??” And I talk like a northern lad (so the Londoners, who struggle to understand my accent, tell me). My parents and ancestry go back to Pakistan and beyond. In the house I grew up, I had Black neighbours and White neighbours – both were the most pleasant and friendly families. Good examples of upstanding members of the community. As I went through high school and eventually into college, facing the troubles the world would throw at a teenager, I was befriended by a family of Afro-Carribean descent, also born in the UK. They hold a place in my own personal history. They are people of good character and upbringing. They looked after me and made me smile. Gave me company when I felt alone. I learnt about them, about their parents (who lived in the Carribean) and their culture. I felt close to them and an affinity with them.

One day, I went with my good and trusted friend from that family to a pub. I don’t drink but that isn’t why we went there. We both liked to play pool and so we decided to go to one of the local pubs to have a few games. As soon as we opened the door and walked in, it was clear we weren’t welcome. If anyone has seen the classic horror movie, ‘An American Werewolf in London’, you will recall the scene where the two Americans walk into a local Yorkshire pub and everything stops. The music stops, the locals stop drinking and they all stare at the two strangers that just walked in. That’s how it was for us too (apart from the music carrying on). We weren’t wanted there – a Black lad and an Asian lad in a pub full of only white people. So, not to feel too embarrassed, we played one game of pool and then promptly left.

There are other acts of racism that I have encountered but what I have been through is nothing – I have got off lightly. What I have experienced is really very minimal compared to what others have had to suffer. But one thing is constant. Although I know there are many forms of racism in the world, the one ‘typical’ in the UK is ‘white against non-white’.

In my life so far, I have seen acts of racism aimed not only at myself but at others as well. I’ve seen this in the community and I’ve seen it in the working environment. I’ve seen it in the countryside and in cities. I have talked with other Black people and they all say the same – racism hasn’t disappeared and it’s not eradicated, as many White people may think; in fact, many White people may not even realise it is happening around them. It’s very much alive and you will see instances of it appearing… in football matches… aimed at mixed race couples… and in incidents that cause public outrage such as with George Floyd. When I saw the recordings of the police killing George Floyd aired for the world to see, I felt what many Black people felt. And I totally understand their anger at not just this incident but the whole state of affairs when it comes to racism. There still is institutional racism. There is still racism in certain quarters of our society. I feel aggrieved much the same as my Black neighbours and citizens. In some ways I will be considered Black (non-White), even though my line originates from Pakistan. But I have had close relations with Black people in my upbringing and am accepted amongst them, and we have all faced racism. I do know what this feels like – so many decades of campaigning and standing up against racism but it’s still very much there, it hasn’t gone away. Just look at the COVID-19 pandemic. On 29th October 2020, the West Yorkshire & Harrogate Care Partnership launched the findings of its BAME Review Report, which was conducted by an independent commission chaired by Professor Dame Donna Kinnair, Chief Executive and General Secretary of the Royal College of Nursing, a leading figure in national health and care policy. The introduction to the report states quite simply: “Covid-19 has highlighted health inequalities faced by Black, Asian and minority ethnic (BAME) communities and colleagues. The pandemic has also drawn attention to the impact of systemic racism on people’s lives.”

There’s been decades of talk and now talk feels cheap. It’s time for stronger measures than just raising awareness and feeling that we should educate people. People are already educated. Now don’t get me wrong. What I have written talks about the bad aspects of society and this should in no way taint the good nature of the vast majority of White people. I have seen amazing acts of kindness that I was not expecting; I’ve received good manners, a huge amount of respect, goodwill that would make you feel joy in your heart – good, upstanding White people who wish not the slightest harm against their fellow man or woman. And good White people who have stood up for me, which is what is sorely needed.

If only more White people saw what we (non-White) see.