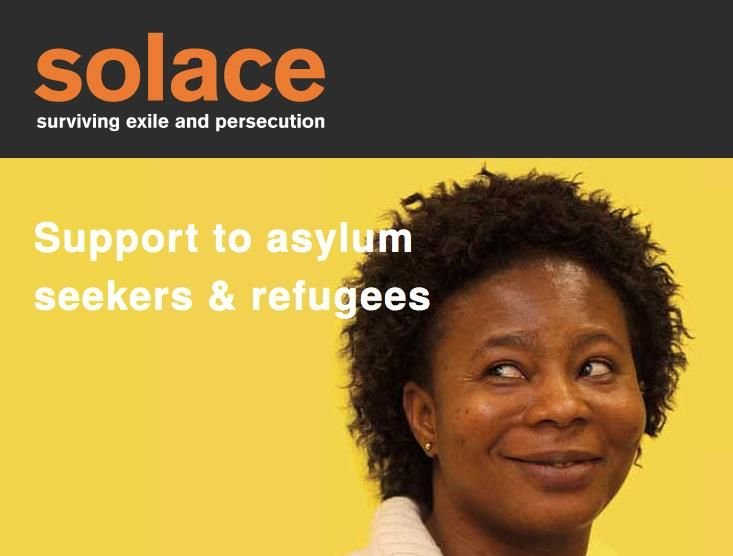 Solace was one of seven organisations funded through the Partnership’s health inequalities funds. They support asylum seekers and refugees across the area, including in Kirklees and Leeds. The impact of Covid-19 has had a major impact on the lives of those they help and support, resulting in fear and raised anxiety levels, with people saying they felt scared by not having a full understanding of the situation.

Many people were afraid to leave their homes, and there was anxiety arising from hearing the death rate for BAME groups was higher than in other groups of people.  This was fuelled by language barriers, not having access to the news and digital exclusion.

Lack of information impacts on anxiety levels because people are not clear on what the risks are, or how to mitigate them.  For example a client told their therapist that they were afraid to open the windows in the house because they thought it was unsafe to let air circulate.

Most activities stopped during lockdown. This led to people feeling abandoned and isolated.  Solace therapists gave advice about setting a route or a time limit to build confidence for venturing outside.  They provided links to walking groups who provided safe routes.

Not having a break from parenting responsibilities, coupled with a lack of understanding of the risks in taking children outside for exercise, also led to anxiety.  Some families said they were coping better with family life because they did not have to interact with schools which can be stressful for some parents.

Solace therapists said they were writing more housing appeal support letters than usual due to employment uncertainty, with some saying the contact from their therapist has been a ‘lifeline’.

‘As team members we were worried about the people we support, when you speak on the phone you can’t pick up on body language.
We are receiving lots of phone calls asking for help from clients, and also from organisations wanting to refer or ask for advice – there is very clearly a need for help’ said Reza, a local therapist.

The funds from the Partnership will be used to increase the provision of therapy throughout Kirklees, and to reduce the stress and isolation felt by refugees and asylum seekers.

Often they are not able to access services which are available to other people so the funding will help to train and support other mental health providers in Kirklees so that people who have suffered torture, or have come from war zones and refugee camps are able to get support.