Hello my name is Nasar.

Islamophobia can take shape in many forms but one of the most ‘instant’ is in reaction to what you see: perhaps a head scarf (hijab), face veil (which incidentally we are all wearing face coverings now!), or… a beard. 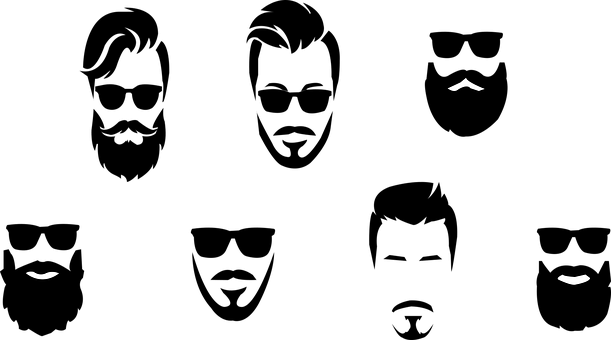 I have a beard. And I’ve had one for almost 30 years. I haven’t always had one, so let me tell you about how people reacted to me as I grew mine. They didn’t all react well.

I suppose that as I was growing up, I looked like any other Pakistani youth – fairly ordinary and ‘unremarkable’. I had a ‘light’ moustache throughout my student years and then, as I moved into establishing the early years of my career, a ‘fashionable’ stubble. I got married and eventually we were expecting our first child. That was a very significant moment in my life – I was going to become a father, we were going to be a family. I pictured that in my mind and came to a realisation… I had to be a good role model for my child. As I’m a Muslim, I decided that one of the ways of doing that would be to grow my beard – so that my child could see me as a good Muslim. You see, having a beard means that you’re becoming more God-conscious and that you’re doing good – that’s what it means to a Muslim. And that’s what it means to the Muslim community too.

Now we can all point fingers at examples of Muslims who have beards who aren’t doing good – but they are exceptions; the vast majority of Muslim men who have a beard, are typically doing good or trying to. They will be doing their best to be a good person and be of good character. They will be trying to pray regularly, enhancing their spirituality. They will be good to their neighbours, doing charitable deeds and showing good manners. They’ll be working towards all these things and more. That’s what having a beard signals to the rest of the community. It’s a sense of identity and being associated with good character, which is a big thing in Islam.

And I want to pass on good traits to my children, as many parents want to do. So that’s what I decided to do.

My stubble started to ‘gain weight’ and the more it grew, the more I started to notice changes around me.

My work colleagues would ‘joke’ with me and ask me when I was going to shave it off – I even had a director ‘joking’ that my head was “on upside-down”. I’ve had silly questions like: do I wash my beard? Do I shampoo it? Seriously? How do you want me to answer that? I had no choice but to accept the ridiculing and grudgingly laugh along with them – they didn’t say these things in private but in front of other colleagues. They wouldn’t have known that their comments made me feel uncomfortable but they shouldn’t need me to say that – they should realise that their banter crossed the line because they were making fun of my appearance and they didn’t do that to anyone else. As part of good character, you want to be polite at all times and don’t want to cause any conflict – so not everyone who is at the centre of this ridicule will feel comfortable or confident in challenging what is being said.

As my beard grew, the distance between me and my colleagues grew. Noticeably. The playful behaviour stopped. This didn’t bother me but I did notice the subtle change in behaviour and this happened over a period of several months. There was something they didn’t like and the only thing that had changed was my beard growing. I also started to notice the looks I got when I was walking through the town centre. People were suspicious, gave me hard looks – their faces didn’t show any kindness; they may even give me a wide berth when passing. They weren’t like that when I just had stubble.

It wasn’t all bad though. The positive was that, amongst the Muslim community, I saw that other Muslims (whether they had a beard or not, whether they wore hijab or not) would be even more polite and respectful towards me. Muslims I didn’t know would say ‘salaam’ to me (the traditional Muslim greeting, which means quite simply ‘peace’) as I walked past them and I would reply the same to them. That was a big eye-opener – the fact that I was now connecting with other Muslims that were wishing me well. I wouldn’t ever see them again – they were passers-by in the street, in town, in parks, in the gym – but they were warm and friendly towards me. This was quite a contrast to the non-Muslim community that tried to burn a hole in the back of my head with their stares (and sad to say, mainly white people).

I am surprised how people react to just a small thing like a beard. To Muslims it’s a symbol of good, an expression of identity and a standard of character. Yet with others, they treat it as though I’m an outcast, like a prisoner who’s just been released back into the world. Then when 9/11 happened, the stares grew more intense and I could feel hatred around me when just popping out to the shops to grab a sandwich.

Having a beard is part of me being a Muslim. It means good things – not bad. And people are judging me just from my appearance – not from my deeds. There’s no rational reason to this. Why are people treating me this way? I see no justification for it and it shouldn’t be happening. We are also living at a time where the beard has come back in fashion. Yet I don’t see my non-Muslim colleagues being given a hard time – they’re accepted but I’m shunned.

So why treat a Muslim differently? Why target them because of their appearance?

My beard is only slightly longer than a handspan. When my kids were young, they would play and tug my beard. It’s quite soft actually and it does mean I’m a little more protected from the cold (and more importantly, I don’t have to worry about shaving and having rashes on my skin because of the razor blades).

My beard is part of Islam, part of me being a Muslim; it’s my identity now and for me and the majority of Muslims it means good. It shouldn’t be assumed otherwise. Any bad things that people might do, isn’t because of their beard.

If you think of a stereotype immediately (based on a few people in the media), then why aren’t people thinking about the millions, who are positive and contributing members of society? Why judge so quickly and with little thought?

Have a good, safe weekend. Nasar