Do you bring your whole self to work? - Sayma's story

Do you bring your whole self to work?

Hello my name is Sayma,

We are sharing our stories in the hope they will increase understanding, promote diversity and inspire others to create a sense of belonging so that we can all bring our true self to work because it is only then that the magic happens.

As a daughter of first generation Pakistani immigrants that grew up in Pendle, Lancashire which is an area that was, and still is predominately populated with families of South Asian heritage, I grew up listening to stories of overt racial discrimination that my parents and many others like them experienced on a daily basis. 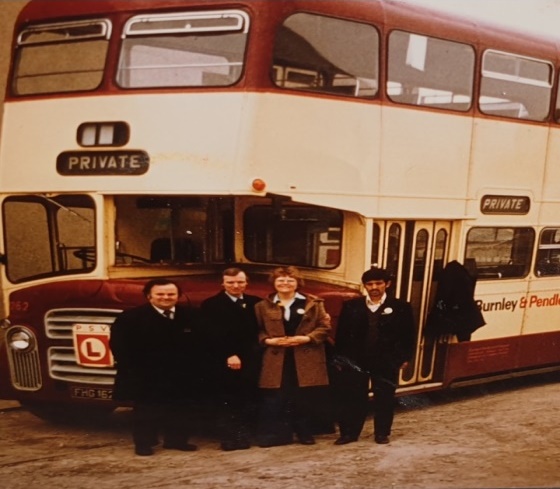 As a bus driver, who originally started out as a conductor back in the mid 1970’s, my dad would tell me stories about people refusing to handle tickets issued by him because they didn’t want to touch his hand and the constant comments telling him ‘to get back on his boat and go home’.

However reflecting on my own early years; I can’t ever remember being made to feel different. Everyone I knew looked like me, dressed like me and spoke like me so I suppose I never really acknowledged my culture or ethnicity - I was just me. Hearing my parents often relay their shocking experiences felt surreal and I would compartmentalise their stories, thinking that was then and this is now.

Despite the shocking impact these experiences had on my parents’ sense of belonging, the one thing it taught them was resilience and a steely work ethic that was undoubtedly instilled in me and all of my siblings. I moved to Liverpool to study pediatric nursing in the mid 1990’s and whilst on the whole I had a fantastic time and made numerous lifelong friends; it was also the first time I personally felt like I didn’t truly belong.

Undertaking various placements across the city in numerous health and care settings; I would always start by introducing myself and would without fail be asked ‘Can we call you Sam?’ It became so frequent that I began to introduce myself as Sam and would then be asked ‘Sam as in Samantha?’

Then would come the countless questions and judgements about where I was really from, arranged marriages, being told you are not like the other ‘Asians’ because you speak so eloquently and so forth.

It felt uncomfortable talking about my culture because it was considered so alien to everyone. I quickly realised that in order to fit in, I would have to leave the real me behind and mould myself into this new version of me that I didn’t really know. I was allowing others to define my identify and in doing so I had been stripped away of my true culture and sense of belonging.

After qualifying, I secured a nursing role in West Yorkshire and continued working hard at fitting in and not lifting my head above the parapet. However as my career progressed into more senior roles, I started seeing and hearing about behaviours that I hadn’t noticed properly before and I couldn’t really make sense of them at the time. I would hear Black Asian and minority ethnic colleagues relaying feelings of increased pressure to perform, concerns downplayed or denied that they existed, feeling excluded from certain situations, unfairly judged or stereotyped, unfair recruitment and development opportunities, the need to fit in and not stand out in order to progress and so forth. 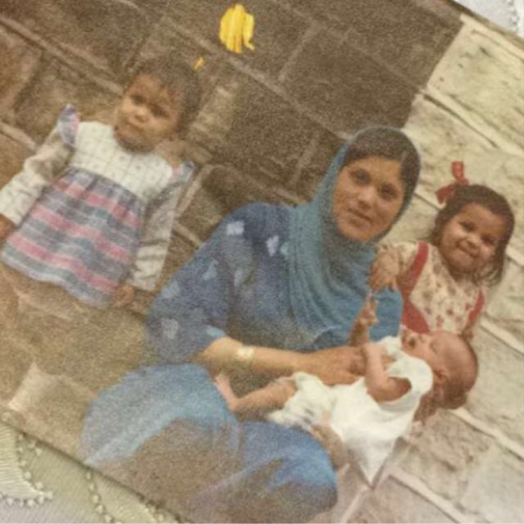 It wasn’t until an NHS Leadership Academy course ‘Ready Now’ designed for BAME people used the words ‘micro-aggressions and micro-inequalities’ that I was finally able to make sense of those detrimental covert behaviours that contribute and perpetuate structural racism in organisations. Behaviours that prevent individuals from bringing their whole self to work which create barriers that limit progression, opportunities to develop and negatively impact the health and wellbeing of individuals. Behaviours that unlike overt racial discrimination, often take place over a longer period are hard to make sense of and call out.

It was like a light bulb had been switched on and I suddenly realised my sense of responsibility to create inclusive cultures; and help people celebrate difference by actually using that as an asset to further understand and meet the needs of local communities.

I now work in a senior system transformation role across West Yorkshire and Harrogate whilst also being an active member of numerous Partnership work streams and BAME networks. I use every opportunity to talk about inclusion so that it becomes part of the ‘day job’. I am drawn to others also wanting change and actively seek opportunities to help me grow as a leader so that I can help others to do the same.

I influence, I challenge, I encourage, I inspire, I question the status quo, I coach, I mentor, I make a difference; I create my own seat at the table because I now celebrate my ethnicity and the difference in perspective I bring. I finally bring my whole self to work because I BELONG and it feels good.

Improving the conditions in our organisations and actively supporting the work to have inclusive cultures and diverse leadership means social justice for our societies as a whole is positively impacted. When everyone’s needs are better met we create a collective sense of belonging; so I ask you, do you belong and whilst doing so do you help create the conditions for others to also belong?